Rembrandt’s paintings are true masterpieces by a very driven and outstanding artist. Rembrandt was one of the best-known Dutch painters, known for his refined but also his rough techniques. Some earlier classical paintings are detailed down to the slightest nuances and, especially in his later period, he employed a very rough and loose technique. The reproductions of old masters that I paint are made using the same 17th century painting techniques as he used, insofar as they are known. 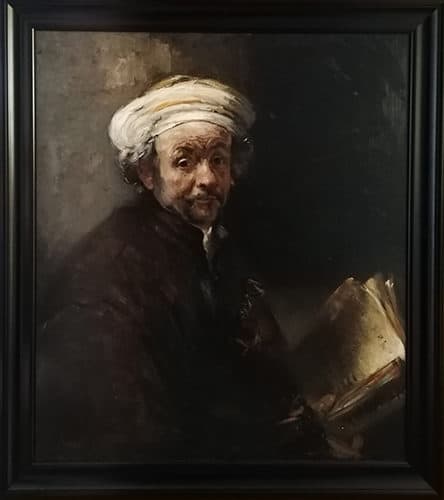 Reproduction which I made in 24 hours during the TV broadcast Project Rembrandt in the Rijksmuseum. 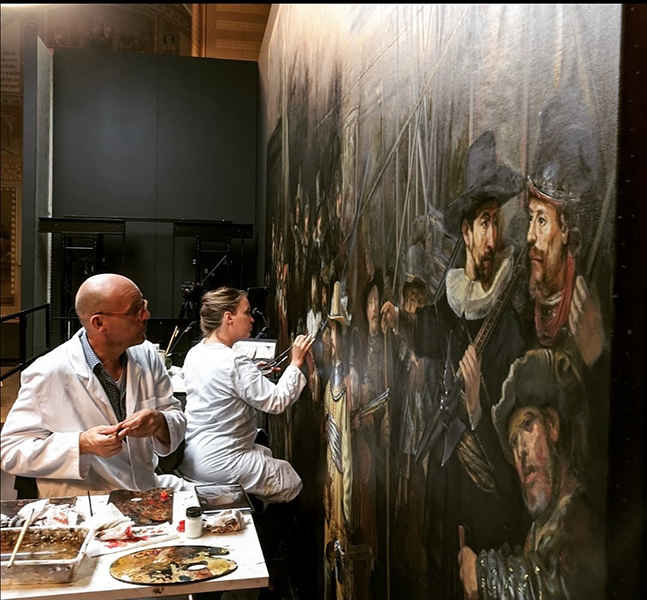 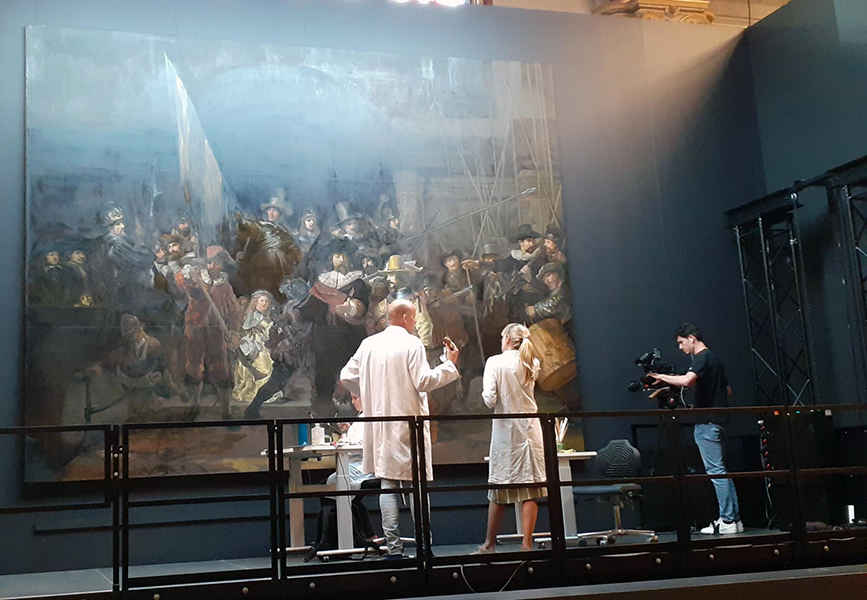 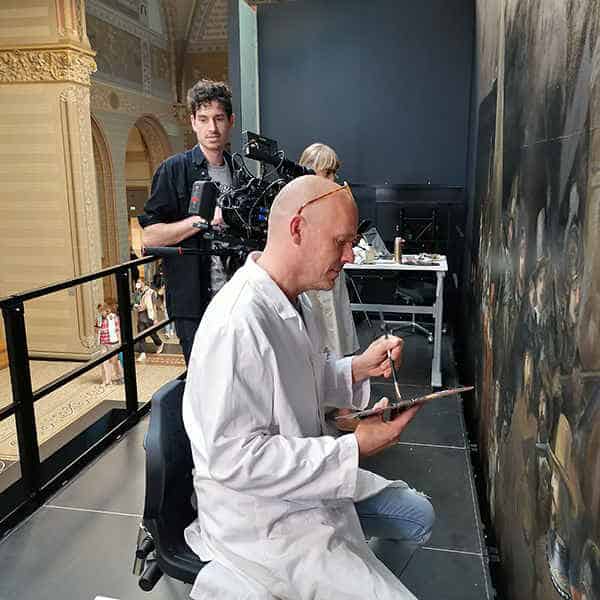 The Nightwatch by Rembrandt van Rijn

Reconstruction I created in the Rijksmuseum for the TV broadcast The secret of the Master.

In 2021 I was asked from the televisionprogram The Secret of the Master (Avro Tros) to help with this immense job of making a reconstruction of the Night Watch in the Rijksmuseum with a view of the real Night Watch. Obviously this is a huge honor for me and I didn’t know what happened to me when they asked me. For several months I worked very concentrated and with great pleasure on this large canvas. I have done a lot of study on old techniques and materials, but I also gained a lot of new insights during this job for which I am also very grateful. 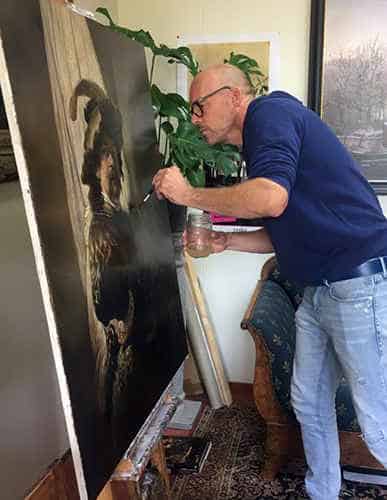 This is the reproduction of the famous painting by Rembrandt van Rijn, the Standard Bearer that I made in the documentary by Omroep Gelderland in May 2022. It shows the whole process from the idea to the final sale to a newly opened museum with reproductions in Amsterdam. A very special experience to have your own documentary, for which I am also very grateful to broadcaster Gelderland and the makers of this program (Patchanka Productions and director Olaf Witkamp)

Rembrandt van Rijn was born in Leiden on 15 July 1606, and he died in Amsterdam on 04 October 1669. Rembrandt is considered to be the most important Dutch master of the 17th century.  He was born as the son of a miller and was apprenticed to the painter Van Swanenburgh in Leiden. He opened his own atelier in 1625. A few years later, Rembrandt moved to Amsterdam and married Saskia van Uylenburgh. Four children were born of this marriage, but only his son Titus was born alive. Saskia died in 1642. In 1654, Rembrandt received a daughter by his mistress Hendrickje Stoffels. She was named Cornelia.

Rembrandt considered himself to be a history and portrait painter. Art historians categorise his paintwork into five periods. In the years after 1631, Rembrandt developed his painting style further, applying more contrasts and the employment of light in his paintings. After 1650, his brush strokes also became more visible and he used richer colours. After 1660, he made many portrait paintings and etched self-portraits. These give a remarkable picture of his outward appearance and feelings. He often portrayed both his wife Saskia, his son Titus and his housekeepers Geertje and Hendrikje in his paintings and they function as models for historical, Biblical or mythological figures.

Apart from good times, in his last years, Rembrandt also experienced poverty and in 1658, his possessions, drawings and paintings were auctioned.  He is considered one of the greatest etchers and painters in European art. (Source: Wikipedia) Rembrandt paintings continue to be very popular with art enthusiasts who like famous painters.  Various different copies are available of famous paintings by Rembrandt, which have unfortunately been made in haste and without any knowledge of the craft. In the past, painters were members of a guild and they were only allowed to call themselves ‘Master Painter’ after years of apprenticeship. Of course, the quality of the above-mentioned quick copies cannot be compared with their masterpieces.

An intensive study of painting techniques and materials is essential in order to create a high quality Rembrandt reproduction. Painting techniques such as working partially opaque and partially transparent by means of so-called glaze. Not only do I master these techniques, but I also produce the first ground or preparation layers myself according to the old recipes from the time of Rembrandt, using animal glues and self-made varnish to finish off. My Rembrandt reproductions can hardly be distinguished from the original. The result finds its way at home and abroad. 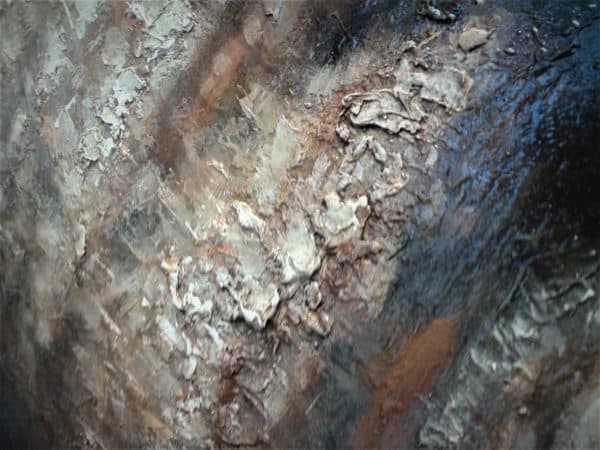 My expertise is the creation of good reproductions of Rembrandt paintings and his contemporaries. My handmade oil paint paintings of Rembrandt are consequently in high demand. After a very elaborate study and several visits to the original (if possible), I start on the initial preparations with true passion and appreciation for this old master.

On confirmation of your commission for a Rembrandt reproduction, I will record all the terms of delivery and the total costs together with you in an agreement. It costs a lot of time and effort to create a high quality reproduction, so take account of a delivery time of several months. 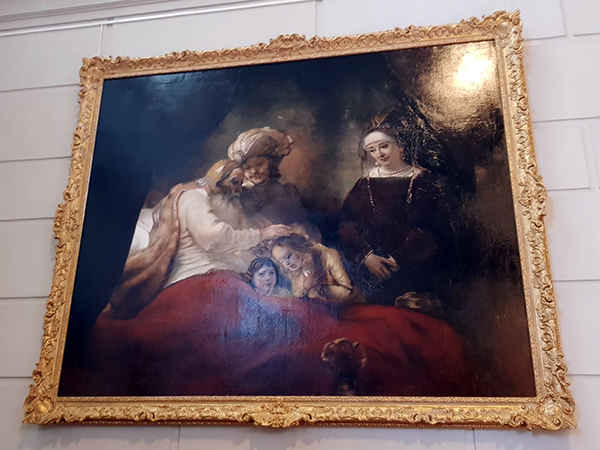 Many of Rembrandt’s most famous paintings hang in museums and are not for sale. A reproduction is a good alternative, provided it is of very high quality.

If you are interested in having a high quality copy of an old master artwork painted by me, then please contact me. 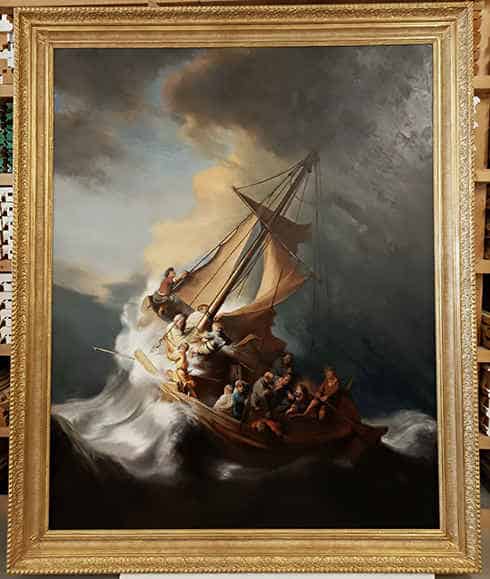 The Storm on the Sea of Galilee

I was commissioned to make a reconstruction of Rembrandt’s famous single waterscape. Even more special is that the original work was stolen from the Gardner Museum in Boston in 1990 and has never been found. This makes it difficult to make a good reconstruction. Because every poster, image in a book or digital reproduction can distort the original. In addition, viewing the surface and texture of the canvas has of course not been possible. Nevertheless, with all the knowledge of materials and the images I did have, I made this large work on exactly the same size of linen (128 x 160 cm). made. 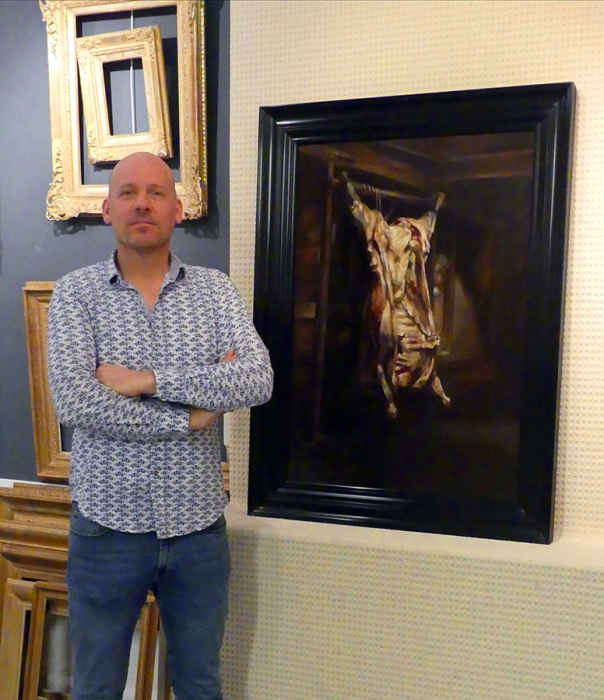 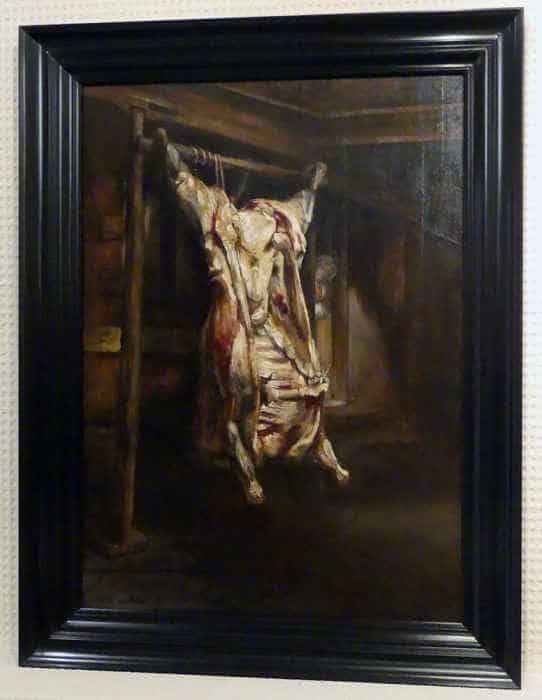 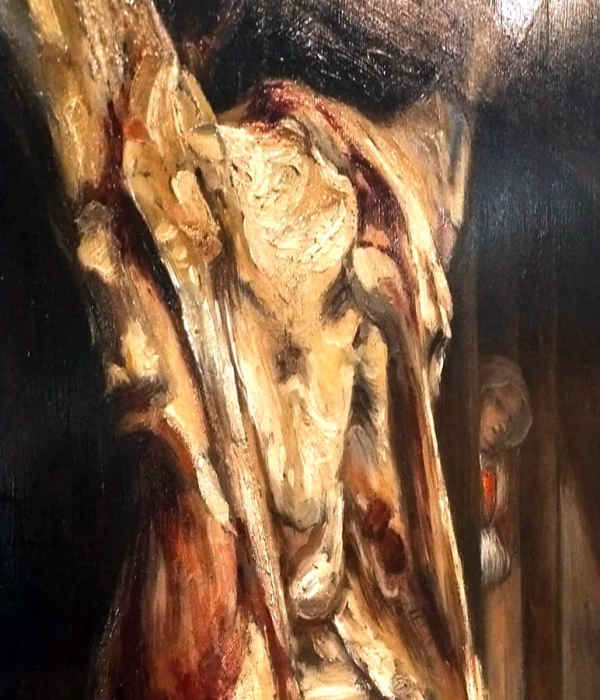 I made this special work by Rembrandt on commission.

As a painter it is great to copy this painting because it is full of thick built-up layers, but also because of the very subtle glaze in red. More painters have been inspired by this work by Rembrandt. The client and I deviated from the current frame that surrounds it in the Louvre because we felt a 17th century calm frame should be around it. The work is made on beech panel just like the original. So heavy.